Living in Japan for three years, we have had a lot of amazing experiences that we would never have done if we were still in DC. Like visiting Vietnam, Cambodia, South Korea, and Taiwan. Or skiing Olympic venues, just a few hours’ drive from our house.

But sometimes, having school-age kids means doing school-age-kid stuff, like middle school sports. Some things have a uniquely Japanese flair–like bowing to your opponents before and after the match–but for the most part school sports are the same whether I’m sitting in a gym in Yokohama or in the Washington, DC suburbs.

Like last year, Tessa is playing volleyball for her school’s team, Saint Maur International School. Here on the international school circuit, middle school girls’ volleyball has A, B, and C teams, with A team featuring the best players, usually eighth graders. In most schools this means tryouts and actual selection; since Saint Maur is a small-ish international school, returning players (seventh graders) are automatically on A team, along with a few first-timers (also seventh graders) to fill out the roster. There are just enough players to field two teams, while most other schools have three teams with lots of subs. So basically Saint Maur builds lots of character during games.

So the other week Tessa and her teammates went into their matches against cross-town rival Yokohama International School (YIS) expecting to lose big. And while they did lose two of three matches, they totally–and I mean, TOTALLY–hung in there. The A team girls lost those two matches by only two points, and they even pulled ahead from time to time. And the girls were so excited! They were absolutely contenders the whole time, and they couldn’t stop grinning.

And I’m going to brag here a bit–Tessa had some absolutely killer serves. I don’t know where she gets it, since me and ball sports don’t really get along, and Mark’s athletic career reflects swimming, water polo, and triathlon. Right as she hits the ball she gets this fierce scowl on her face, then sends a bullet over (though sometimes into) the net.

A disclaimer about the photos below: I have been a soccermomphotographer for years, and I’m totally spoiled by taking action shots outdoors. Fast moving thing indoors–not so easy. I’ll try and do better. And obviously buying a fancy new lens will make everything better…. 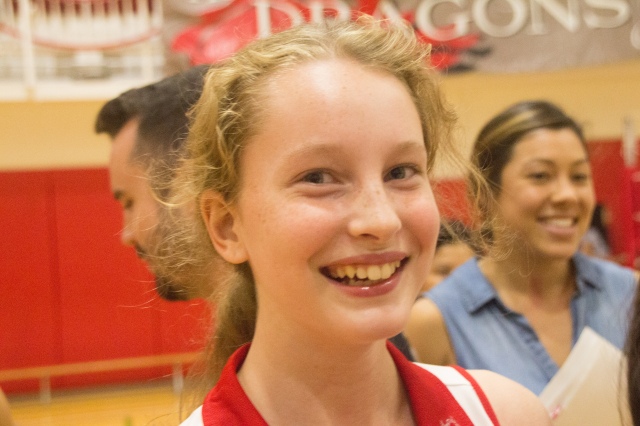 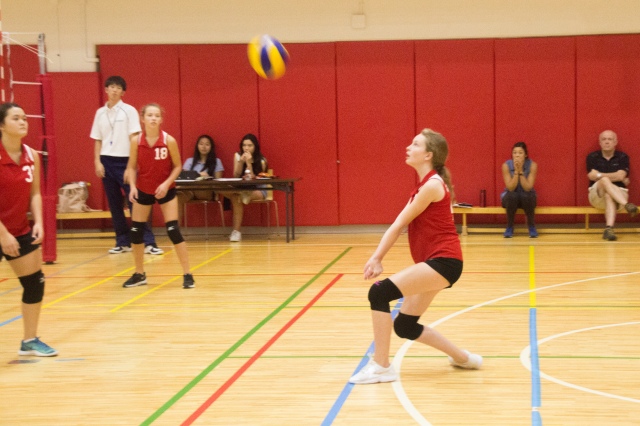 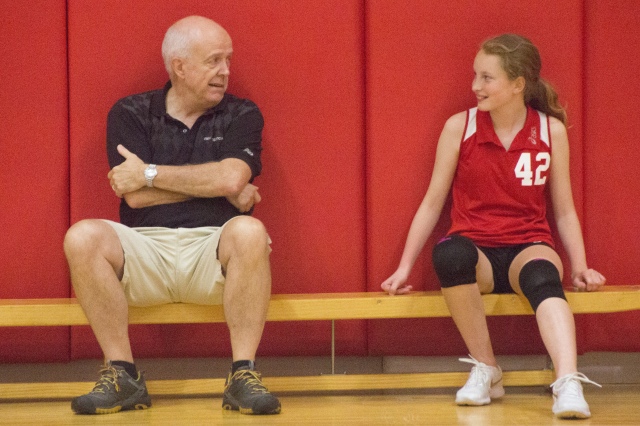 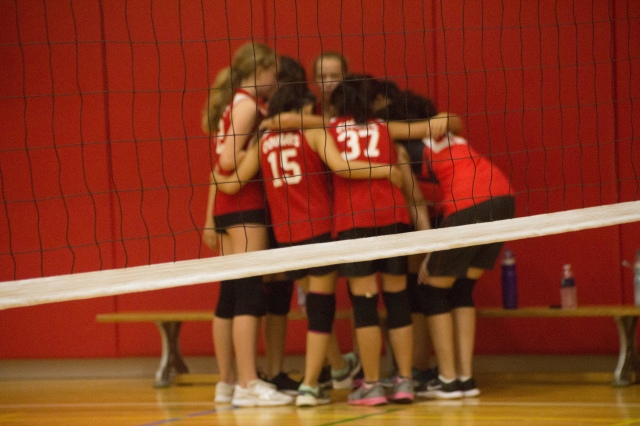 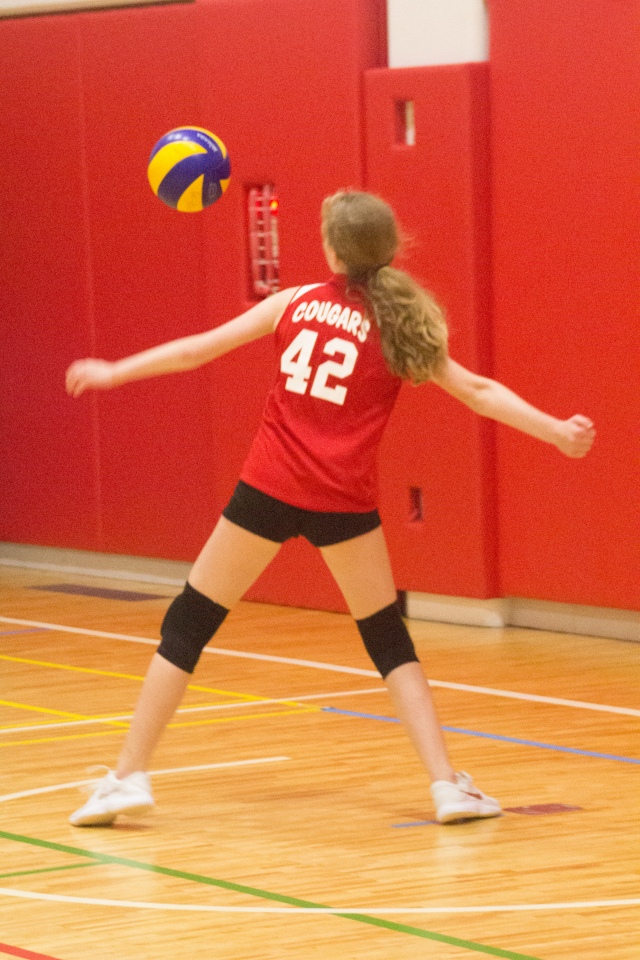 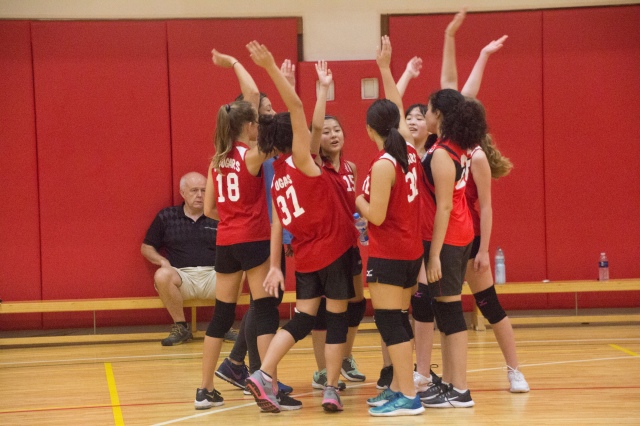 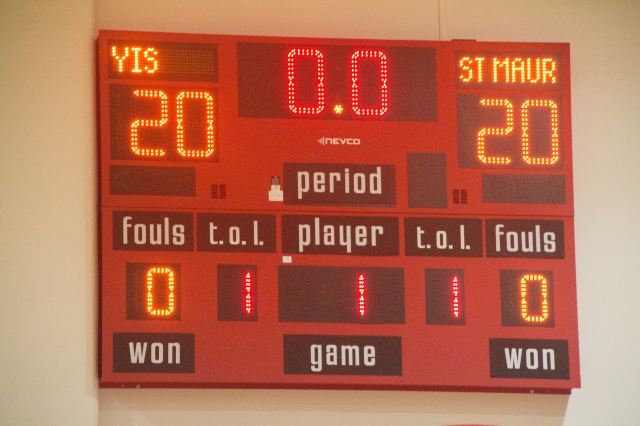 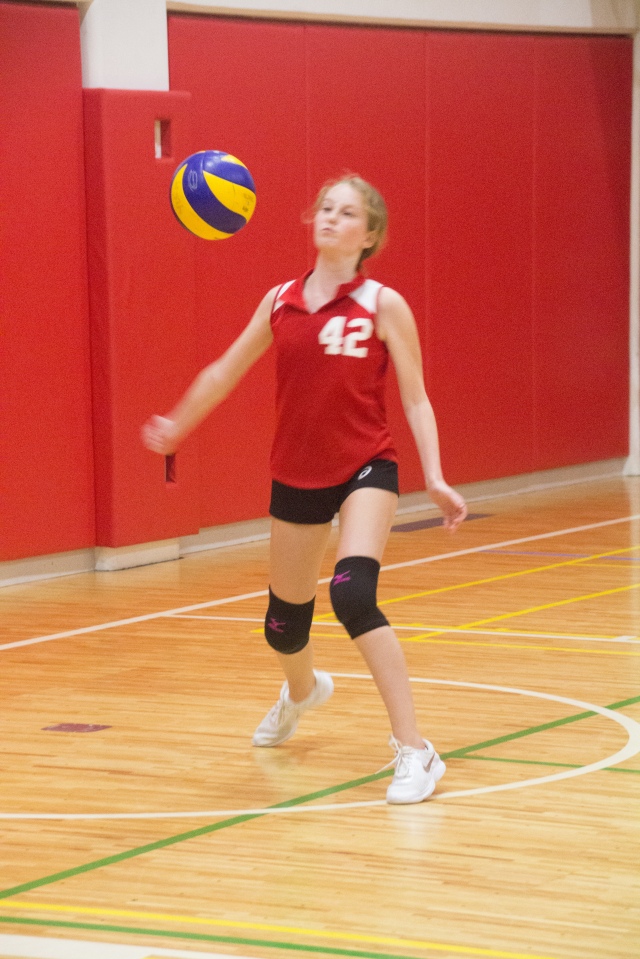 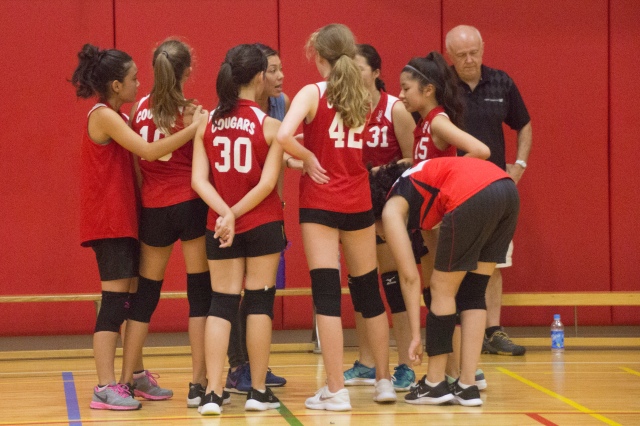 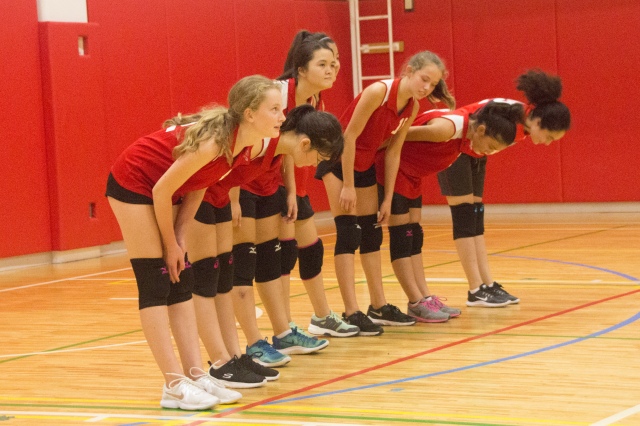 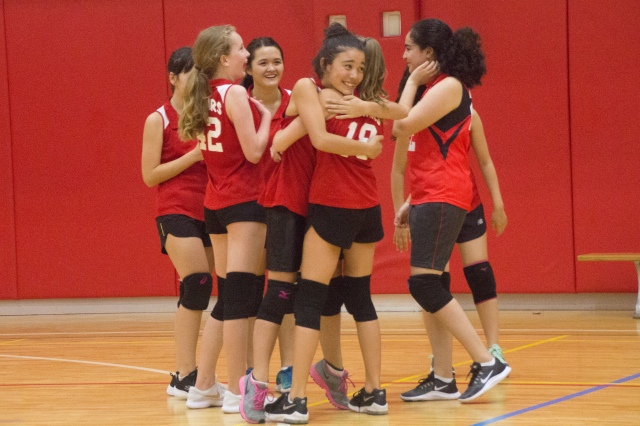 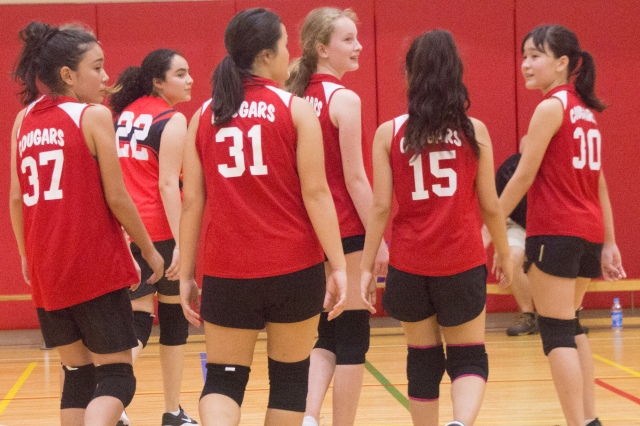 One thought on “The “Are You Really in Japan?” Stuff: Middle School Volleyball”