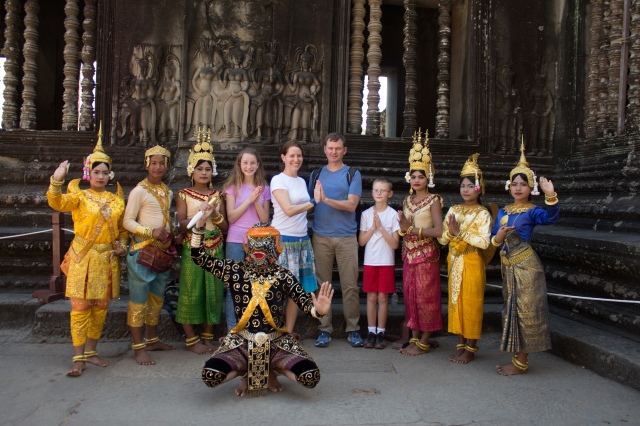 Based on the raves of many Yokohama families’ visits to Cambodia, the four of us set out for a short visit to see it for ourselves. I didn’t know much about Cambodia before going–I had a piecemeal knowledge of Angkor Wat, the Vietnam/American War, Pol Pot and the Killing Fields. 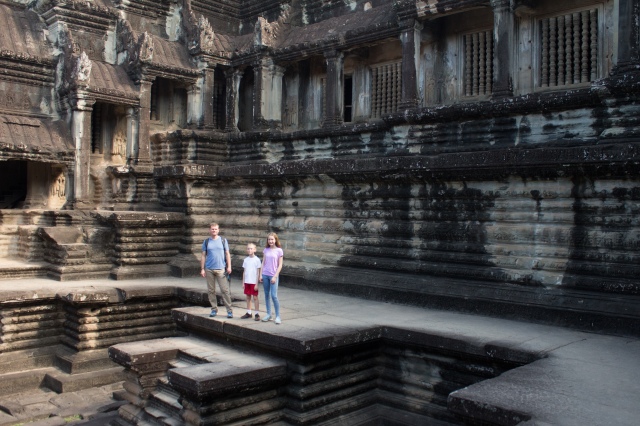 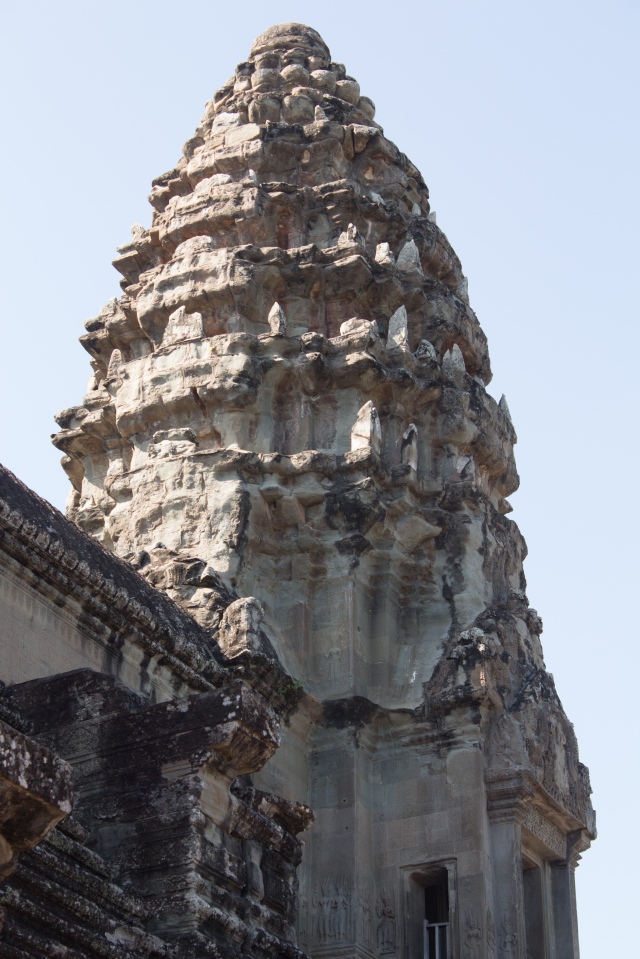 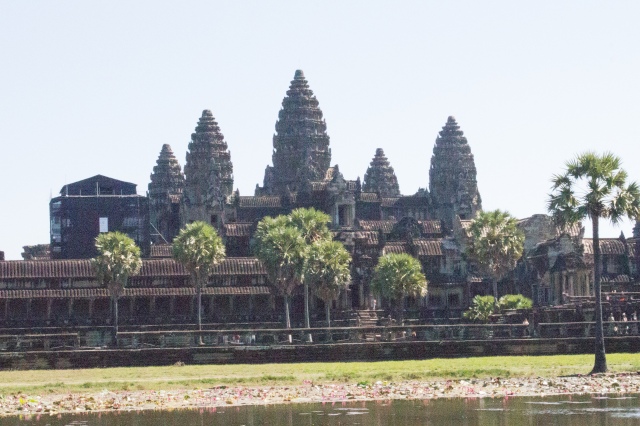 While part of me simply wants to launch into breathtaking photos, I think it’s important to understand the historical context of Cambodia at least a little. The history chapter of the Lonely Planet guidebook filled me in on the basics of Cambodia’s history, and here’s a summary from Wikipedia’s Cambodia page. 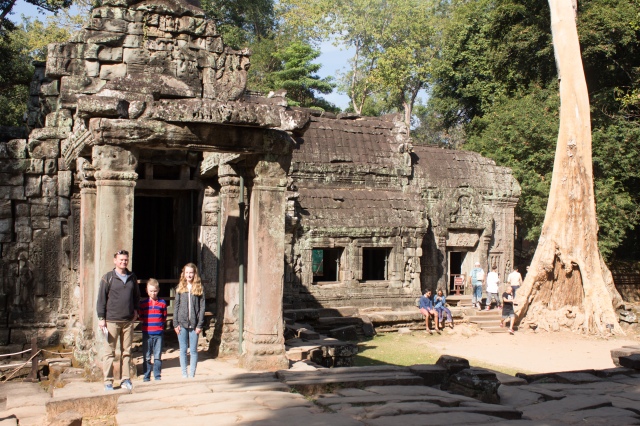 The area was settled as early as 5000 BCE (Before Common Era), and the Khmer Empire was established around 900 CE (Common Era). Angkor Wat was built in the early 12th century CE by King Suryavarman II. He decided to build Angkor Wat far from the coast to protect against the threats that came by sea–a wise strategy that worked, until it didn’t. New kings came along and built their own temples nearby, and eventually Angkor’s distance from the coast proved too inconvenient to make it viable. The Khmer Empire petered out by the 15th century CE, and Angkor Wat and its neighboring temples fell into minimal use. The end of the Khmer Empire marks the start of Cambodia’s dark ages. Their neighbors Vietnam and Siam (modern day Thailand) both invaded.

In the 19th century European explorers rediscovered the ruins in the jungles. The French decided to expand their colonial holdings in Southeast Asia, ruling as a colonial power from 1863 until after World War II. The Japanese briefly occupied Cambodia during WWII; then a young king named Norodon Sihanouk declared independence for his country. 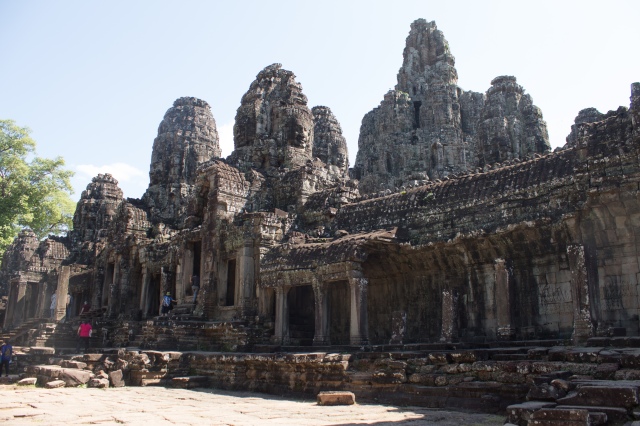 Sihanouk tried to keep Cambodia out of the growing Vietnam/American war, but bases in Cambodia started supplying North Vietnamese Army (NVA) forces. The U.S. considered him an NVA sympathizer and started bombing Cambodia, and both U.S. and South Vietnamese forces went in on the ground. 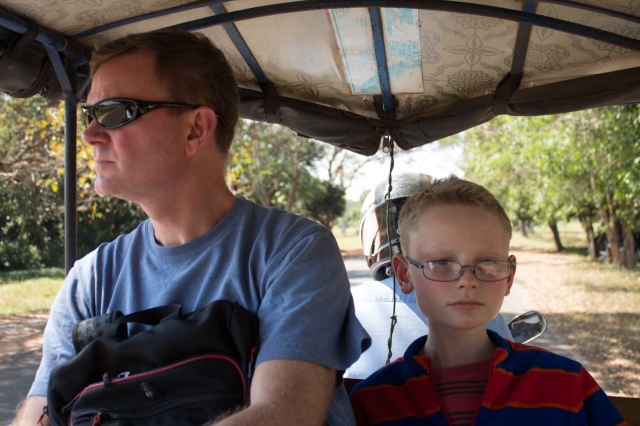 Meanwhile the communist Khmer Rouge started gaining power, backed by North Vietnam. A bloody civil war engulfed Cambodia from 1970 to 1975, which ended only when Vietnam invaded Cambodia at the Khmer Rouge’s request. Upon their victory, the Khmer Rouge evacuated towns and sent everyone into the countryside to be reeducated and grow food. Between 1975 and 1979 An estimated 2 to 3 million people died, half from starvation and half by execution. Vietnam invaded once again in 1979, driving the Khmer Rouge out of power. By 1991 peace talks and a UN-supervised ceasefire set the stage for modern, peaceful Cambodia. 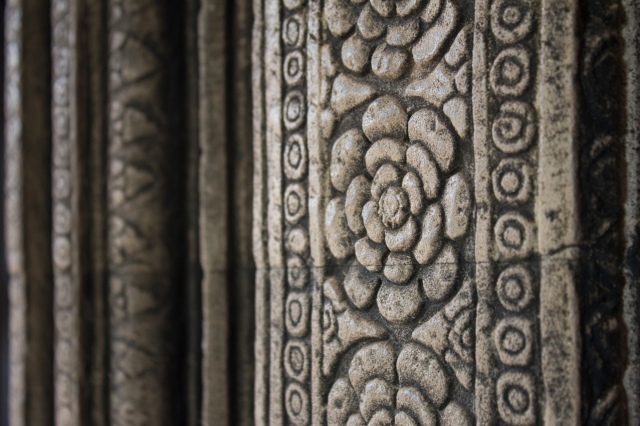 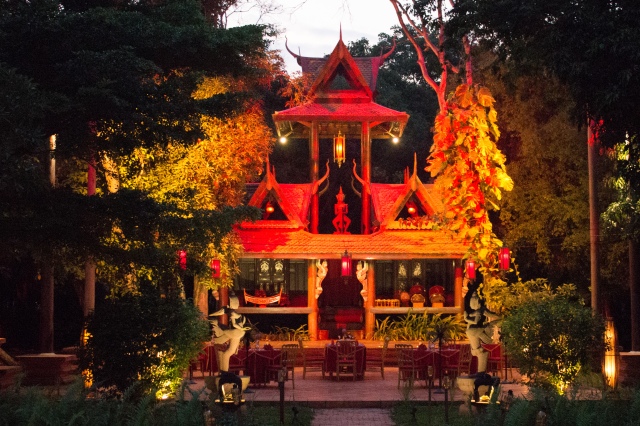 It’s impossible to visit any site in Cambodia without thinking about this history. As we visited sites we told the kids the truth about Cambodia’s recent history without going into too much detail–but frankly a government murdering two million of its own citizens speaks for itself. 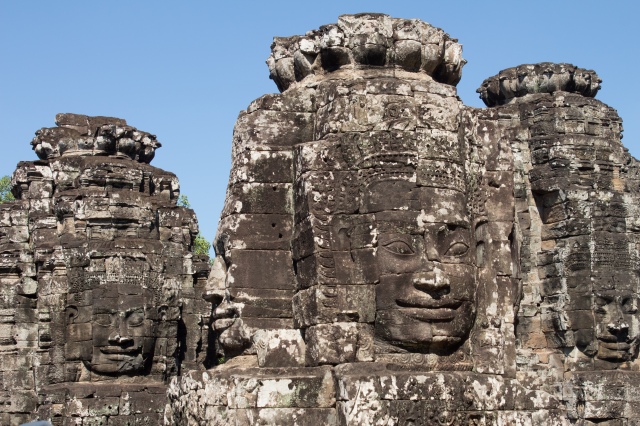 Many temples featured bands with musicians playing local instruments. Each musician was missing at least one limb due to land mines; a sign explained that the band gave the musicians the chance to earn a living with dignity instead of begging. We always added money to their baskets. The kids asked where the lands mines came from. We explained that the both U.S. and Cambodian forces laid millions of mines during the war. And after the war, we just left them there?, they asked incredulously. Yes, we replied. Tessa paused, looked at the man without hands playing a drum and quietly said, “I used to think that everything that the U.S. government did was good. Now I’m not so sure.” 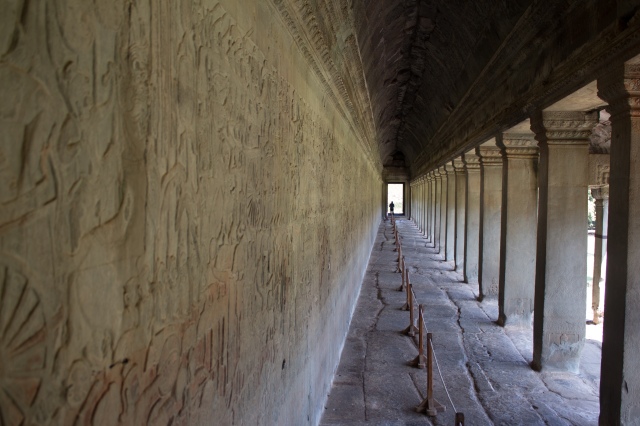 But our visit wasn’t all dreary. In addition to admiring the beautiful temples, we enjoyed shopping at the night markets, the food, and most of all, the friendliness of the local people.

If you have the chance to visit Cambodia–go! It’s beautiful, and heartbreaking, and inspiring, and incredible. 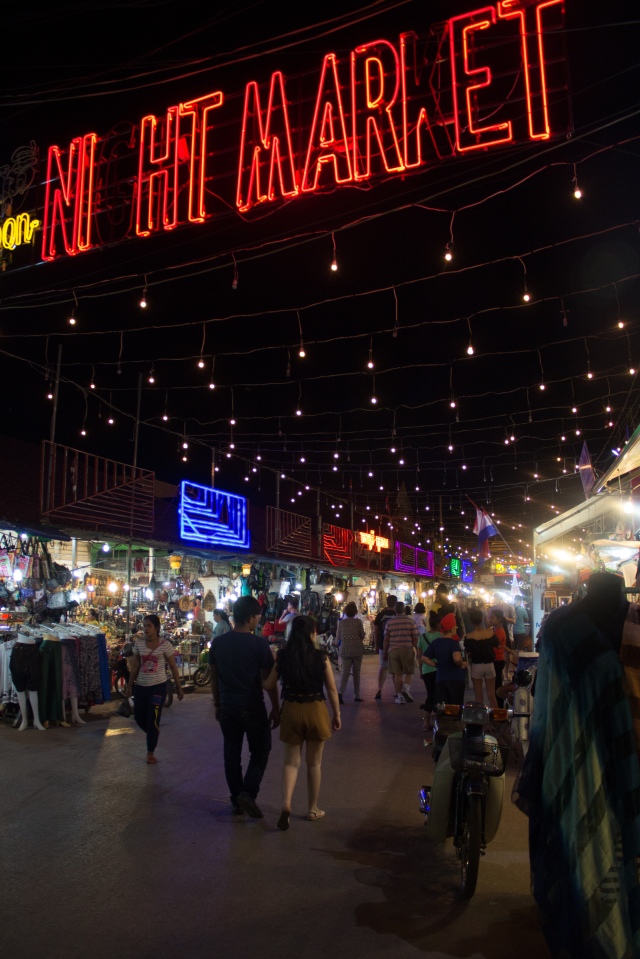 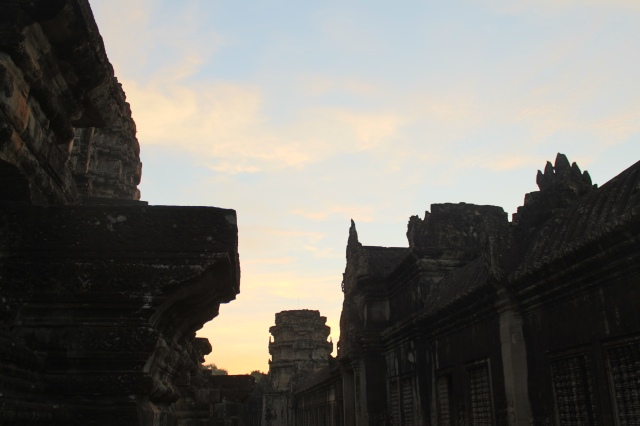 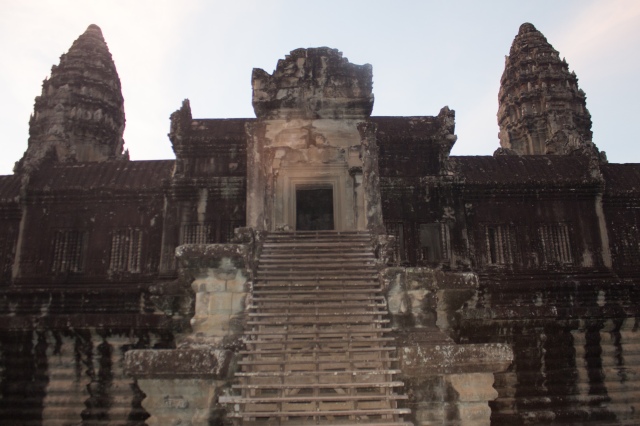 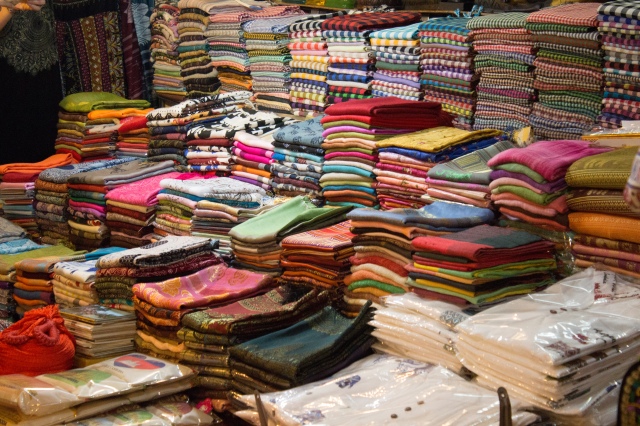 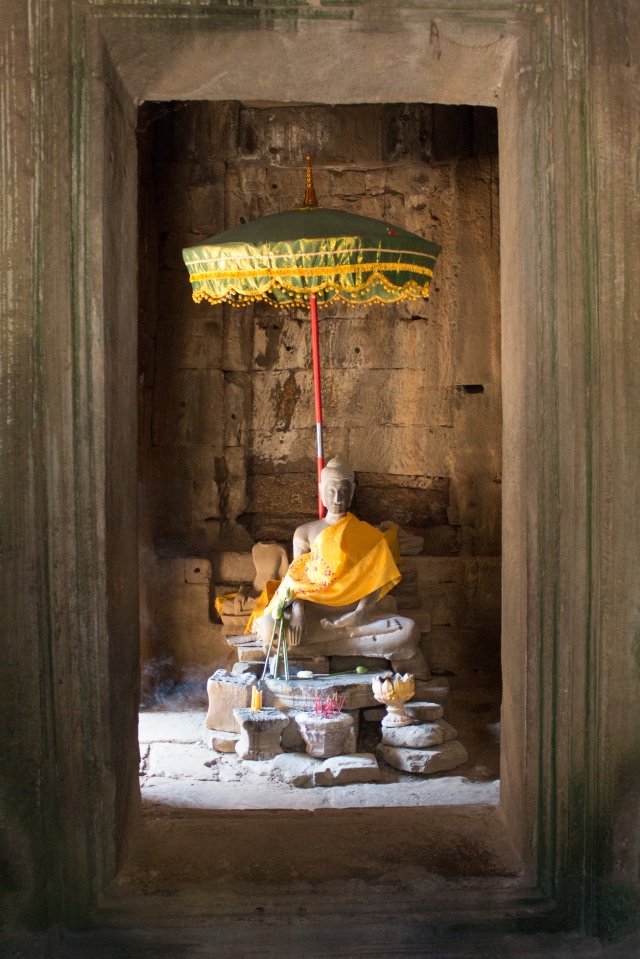 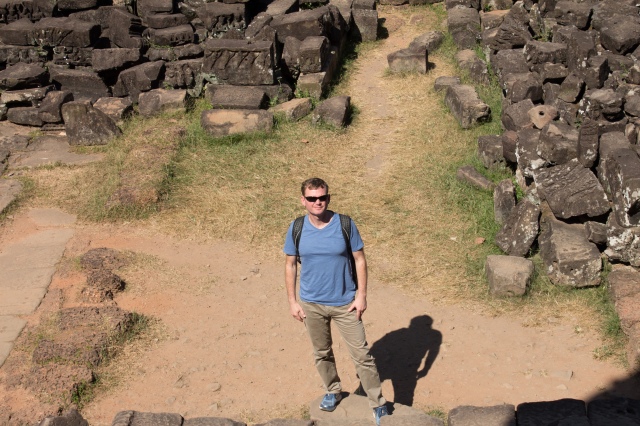 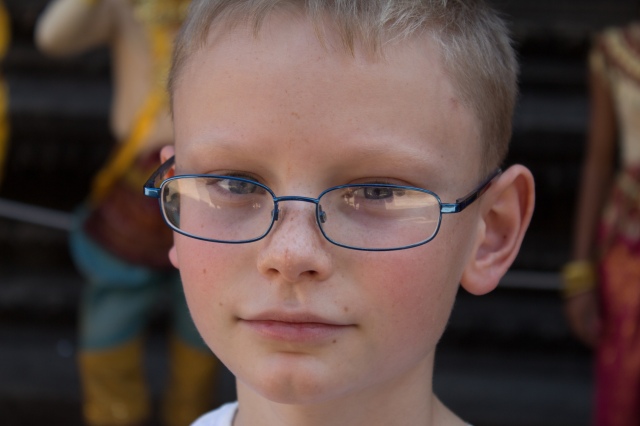 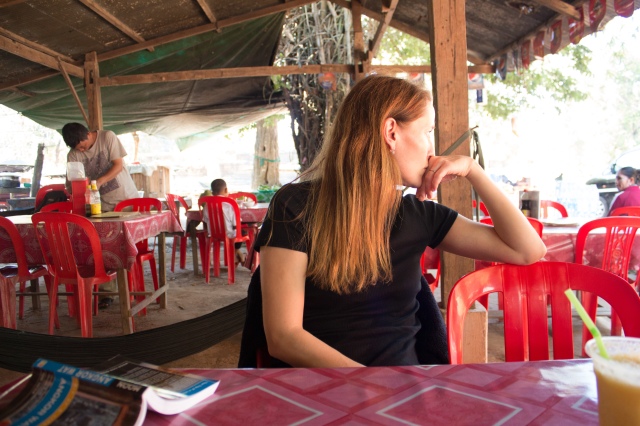 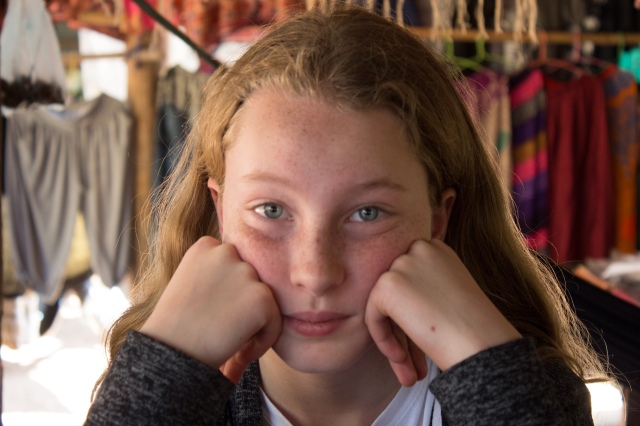 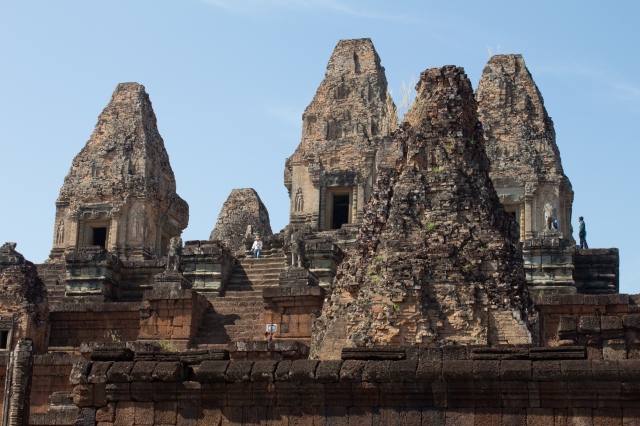 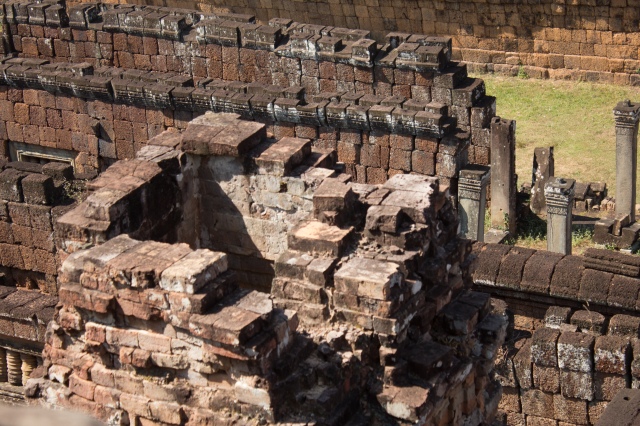 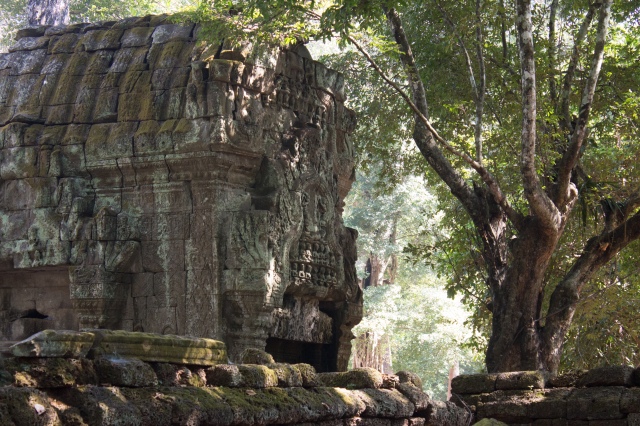 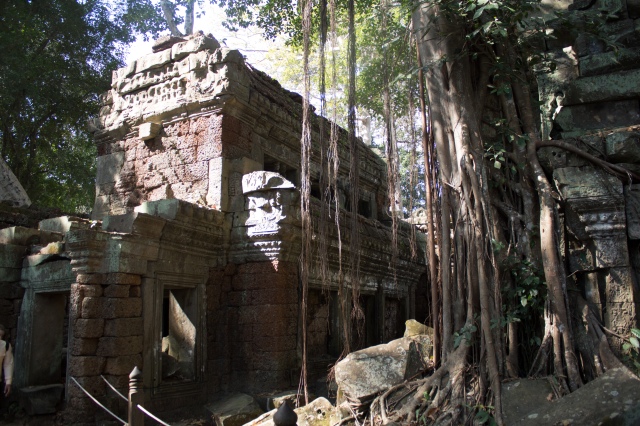 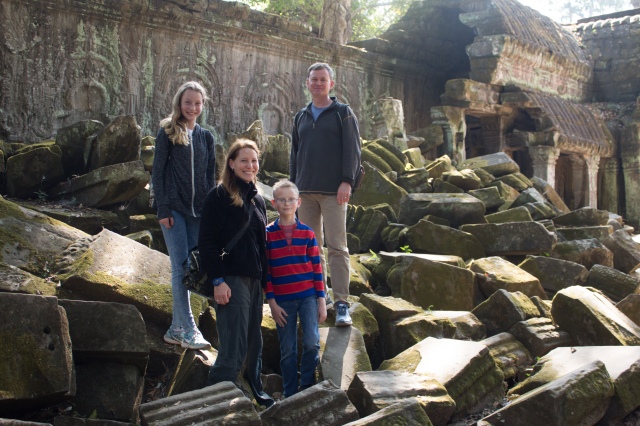 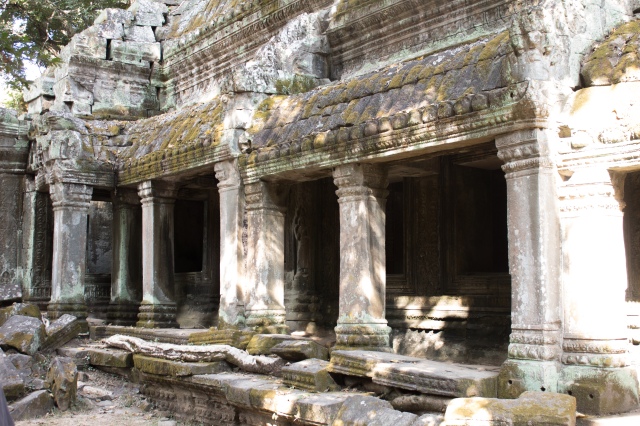 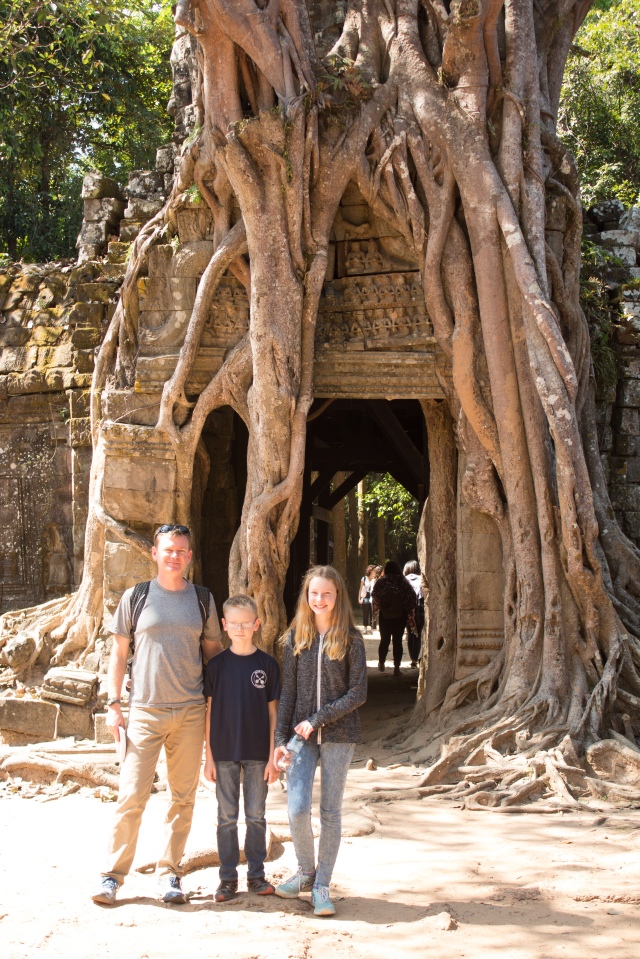 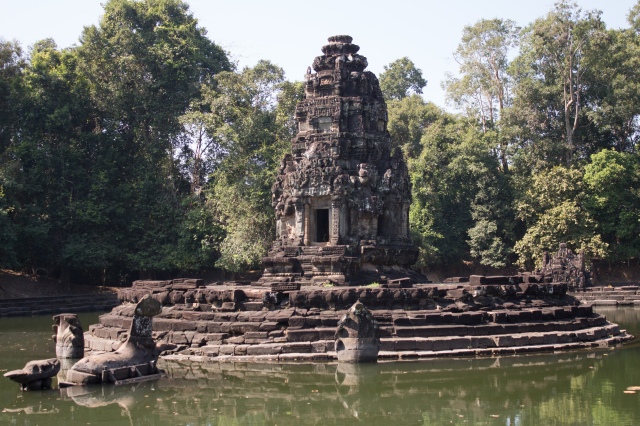 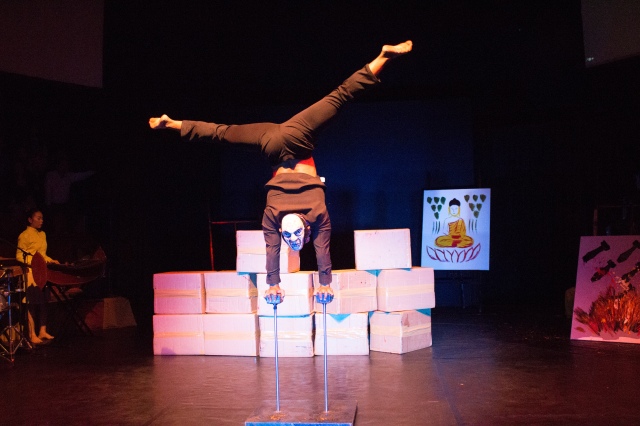 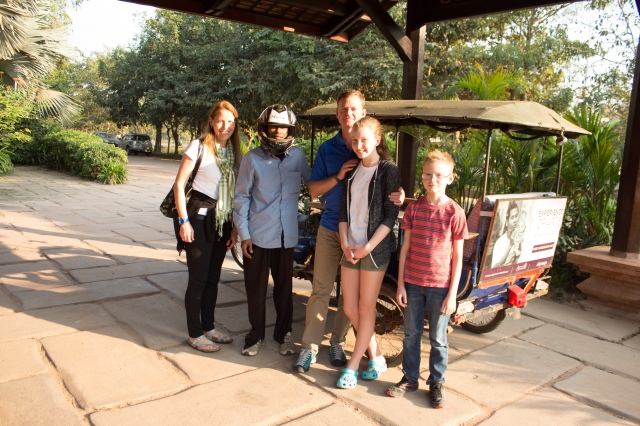 One thought on “Three Days in Cambodia”