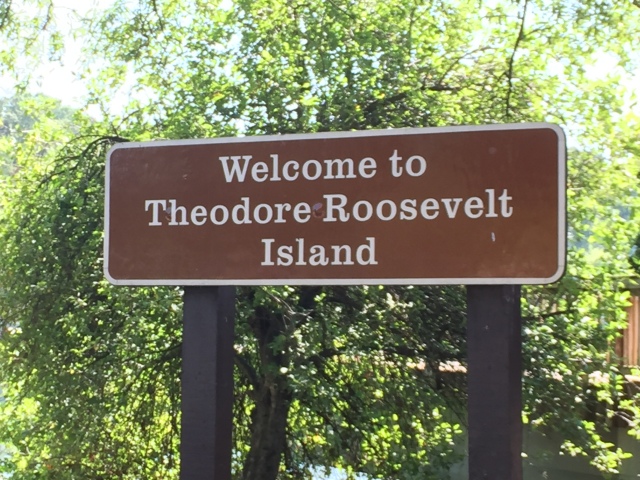 During a recent camping trip near Mt. Fuji, the family and I visited Mt. Fuji’s Station Five, a popular starting point for climbs to Fuji’s peak. Until then I had no interest in climbing Fuji myself, but that visit got me fired up. So on my shopping list for my Washington, DC visit: new hiking boots. I stopped by REI and picked up a pair, then set out for a short hike to start breaking them in. I chose Theodore Roosevelt Island, which lies in the middle of the Potomac River.

Theodore Roosevelt Island sits between Georgetown on the Washington, DC side and Rosslyn on the Virginia side. Native Americans first settled the island in the late 17th century, and over time the island changed hands through various families. The Mason family lived there last; they built a mansion and a farm which they left behind in the 1830s when the river silted up and caused nasty, stagnant water. A century later, the Theodore Roosevelt Memorial Association bought the island and started clearing it for parkland. Landscape architects cleared the neglected farmland and tore down the last of the mostly-burned out mansion. According to the National Park Service, they planted “a real forest” (their quotes, not mine) to mimic the landscape before the island’s farming days.

The result: several miles of lovely trails, with an oddly Lenin-esque statue of Teddy in the very middle.

So let’s talk about Teddy and Vlad. 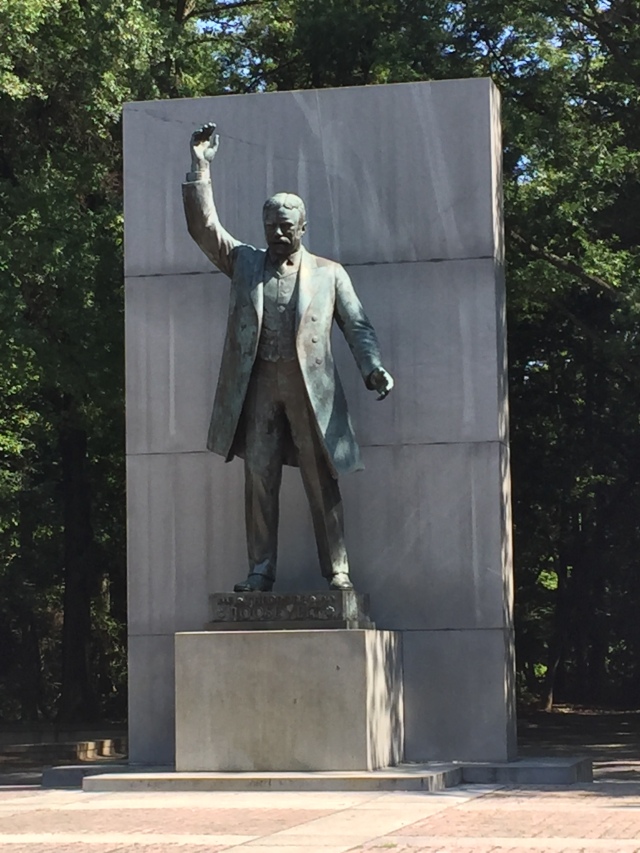 Why is TR depicted in a classic Lenin pose? I’m trying to picture the Theodore Roosevelt Memorial Association meeting where someone argued, “The horse and rider look is totally played out. Let’s make him look more like a despot directly responsible for the deaths of tens of thousands of people!”. Maybe that was just The Look for statues in the 1930s–though I’m not the only visitor to wonder about the Lenin resemblance.

Soviet-esque statuary aside, the island makes for a lovely outing. A leisurely stroll around the island’s perimeter takes about 35 minutes, taking you through marshes and forested paths. It’s a great spot for a quick nature stroll with the kids or pups, and it sits just a few minutes from downtown DC.