Last weekend Mark and I celebrated our 18th wedding anniversary. We farmed out the younger mammals to stay with friends, then headed out for a quick overnight trip with just the two of us. We had originally planned to drive Mark’s convertible to Hakone, a popular resort area only 90 minutes away. But alas, an eruption warning for Mount Hakone convinced us to choose a new destination. So we decided to visit Naoshima, a small island with a worldwide reputation for its collection of art museums and installations. 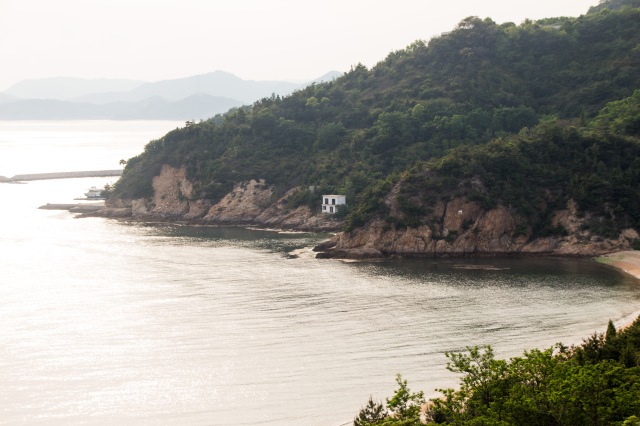 Naoshima’s story could have reflected the fate of so many rural areas in Japan, which have been hit especially hard by Japan’s aging and shrinking population. Yet Naoshima and several surrounding islands have escaped this fate. As outlined in this excellent piece by NPR, a company called Benesse Holdings–best known for its Berlitz language schools–decided to find a home for its extensive art collection about 30 years ago. Headquartered in Okayama, a sleepy-ish, mid-sized town in Western Japan, Benesse CEO Soichiro Fukutake started looking nearby for a community willing to work with him. He bought a huge tract of land on Naoshima island and hired superstar architect Tadao Ando to design and build his dreams, including several museums, hotels, and smaller art houses. The annual number of visitors today is estimated around 800,000 people–not too bad for an island of 5.5 square miles (14 square km) and a full time population of roughly 3,000 people. 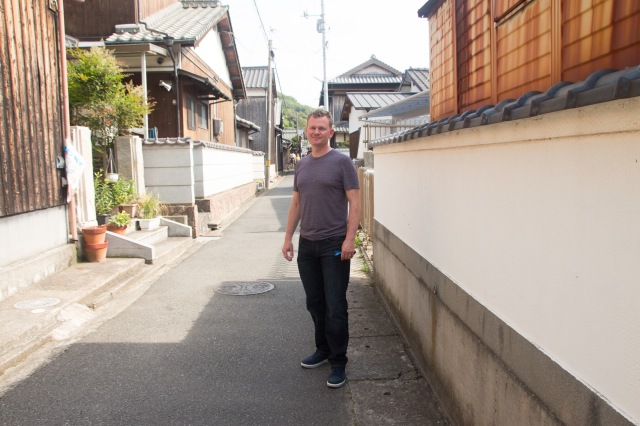 Benesse Art House includes several galleries of contemporary art, and a hotel! The guests of the hotel can visit the galleries after hours, which we enjoyed very much. 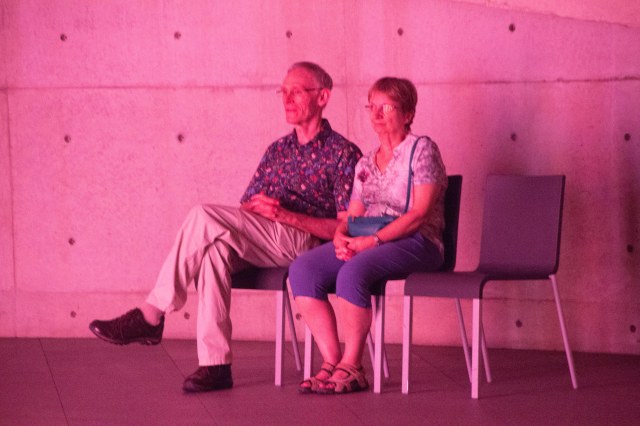 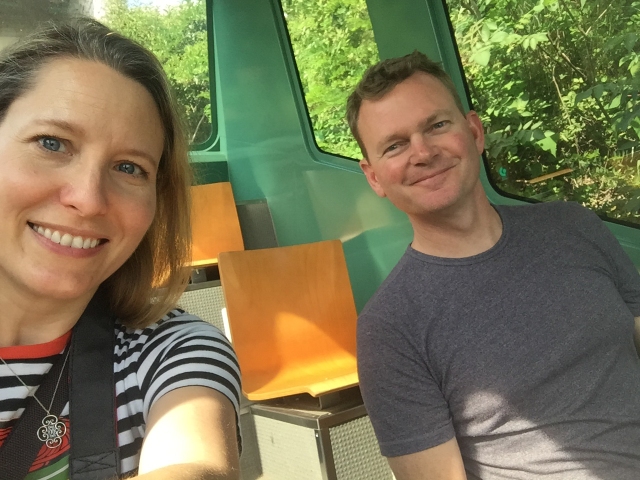 Our suite was in the Oval section of the hotel; I found it impossible to pass through the Oval without pulling out my camera and taking yet more photos as the light changed. The views of the Seto Inland Sea changed with the light, and I never grew tired of staring out at the horizon. 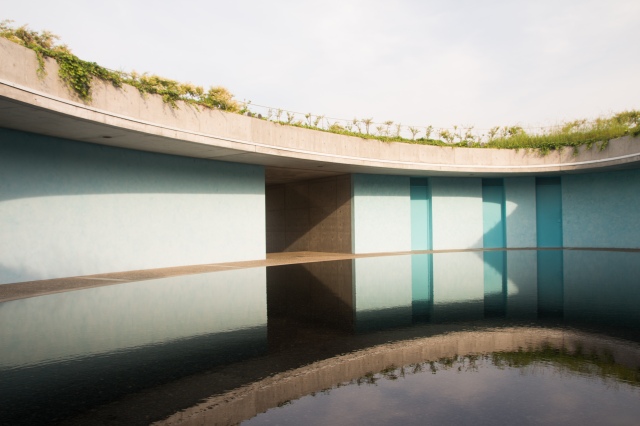 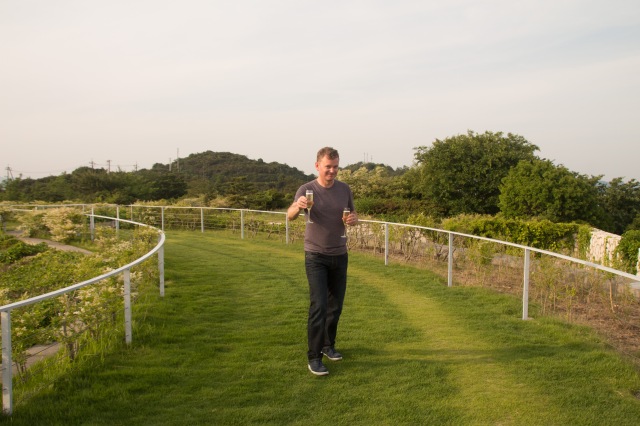 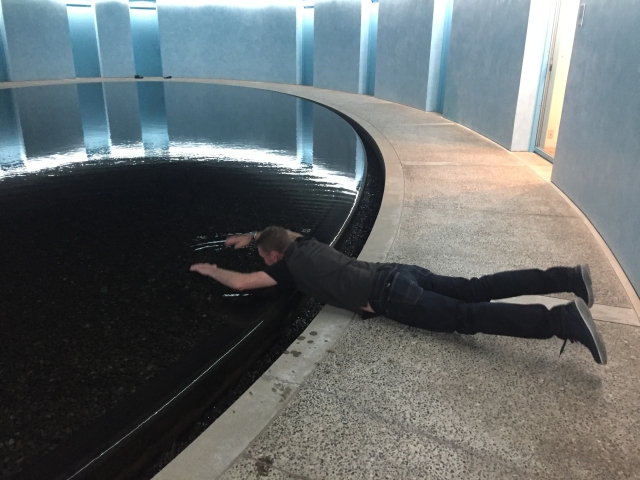 In addition to the museums built by Benesse, the villages have gotten in on the art action. Street art, colorful cafes, and lots of English signage made it clear that the island is All In on its art identity. 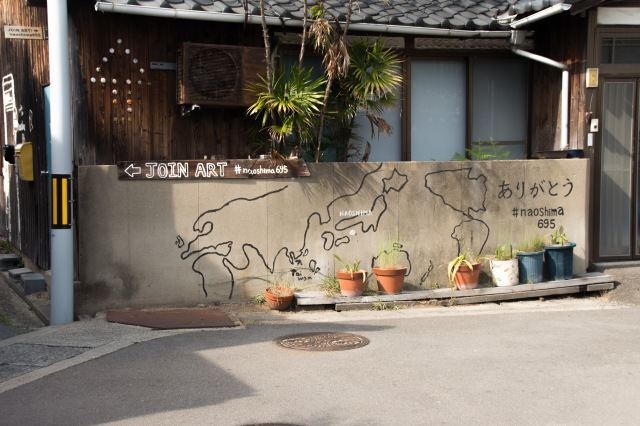 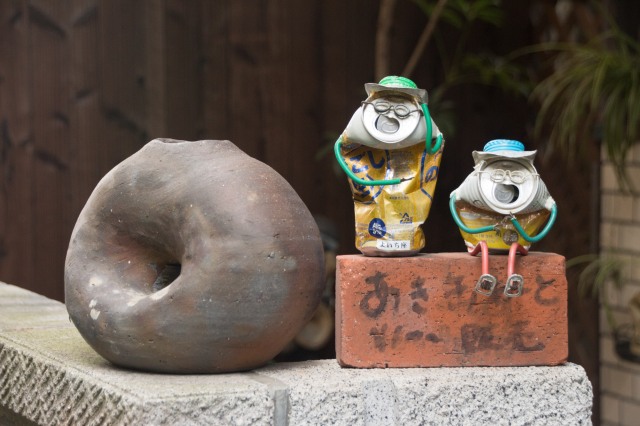 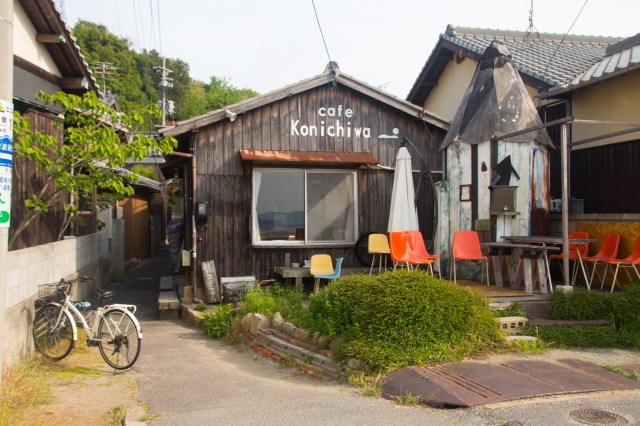 Perhaps the most famous single artwork on Naoshima is Yayoi Kusama’s Yellow Pumpkin. Situated very near our hotel, I wandered down to it several times and took an absurd number of photos as the light changed. 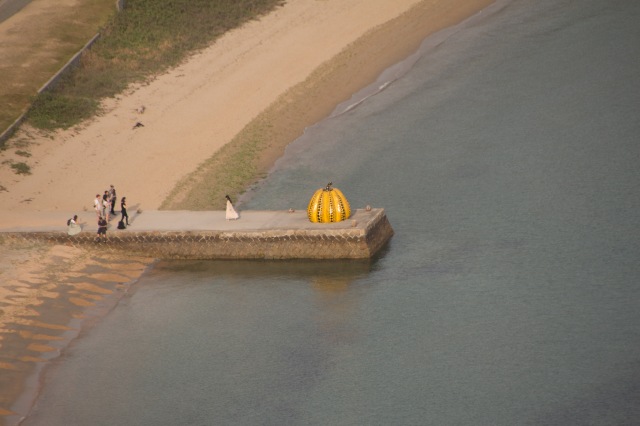 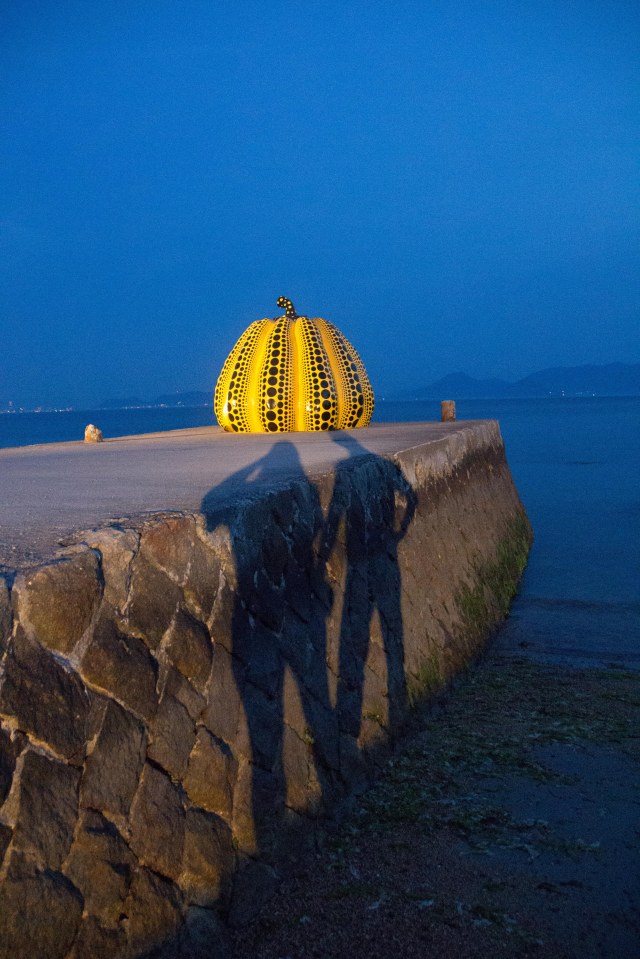 While I wish our visit were longer, I’m so glad that we had the chance to go. Even if it’s just for one night–do it! There’s nothing else in the world like it. 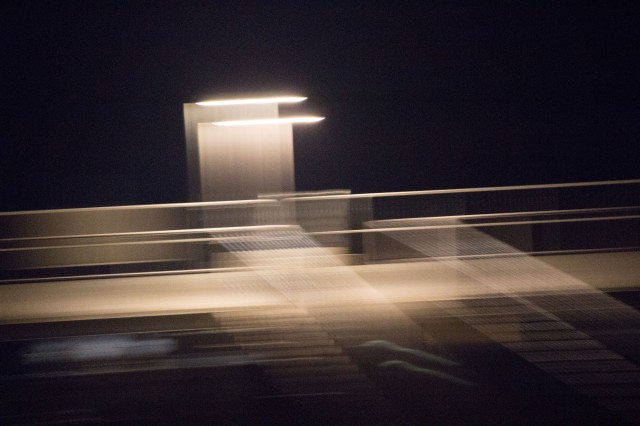 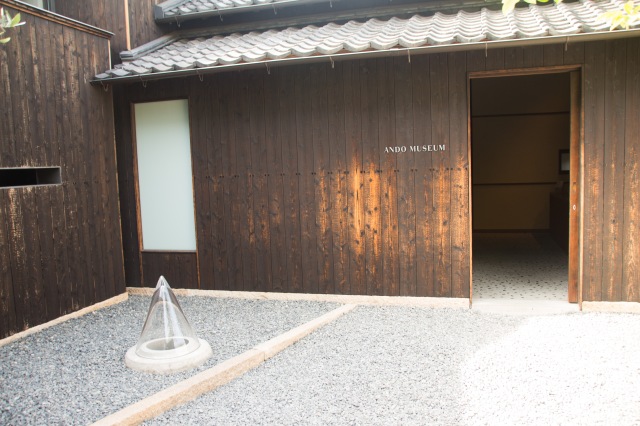 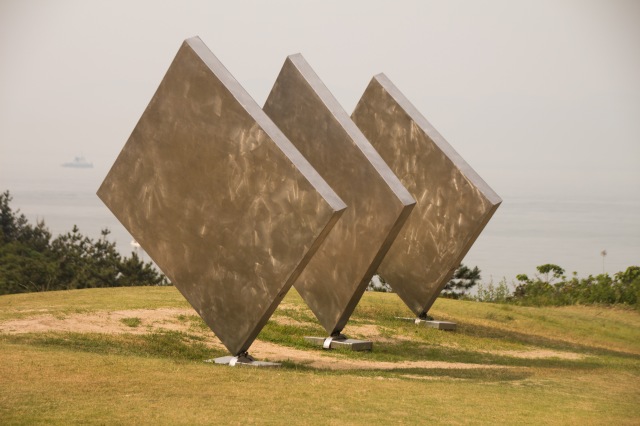