Tessa has joined a drama program in Tokyo. So cool! Less cool is getting her there and back, since the program runs from 9AM to 1PM every Sunday until April. The commute involves roughly 75 minutes and three trains, or one hour and two trains if the trailing parent takes pity and drives the commuters to a slightly more convenient station. Eventually we hope that she will take the train there herself, but for now a parent accompanies her.

So this week was my turn! I was excited at the thought of four hours to roam free. But I quickly learned that Sunday morning activities in Tokyo proved harder to find than I expected. Most museums and even large stores open around 11AM. Mark googled “things to do in Tokyo on a Sunday morning” and the number one answer was “sleep in.”

So I dropped Tessa off at 9AM and returned to the subway. After a coffee and newspaper interlude to await my first stop’s 10AM opening, I headed to the Mori Art Museum in Roppongi Hills. Admission included two exhibits, Fujiko Fujio: The Exhibition and Catastrophe and the Power of Art. I visited Fujiko Fujio first and learned that FF is the pen name of a manga writing duo. I didn’t recognize A, the primary character featured in these exhibits. Later I learned that the duo created Doraemon, who I know. [And did you know that Doraemon is a cat-shaped robot? I didn’t until I learned that in Japanese class!] 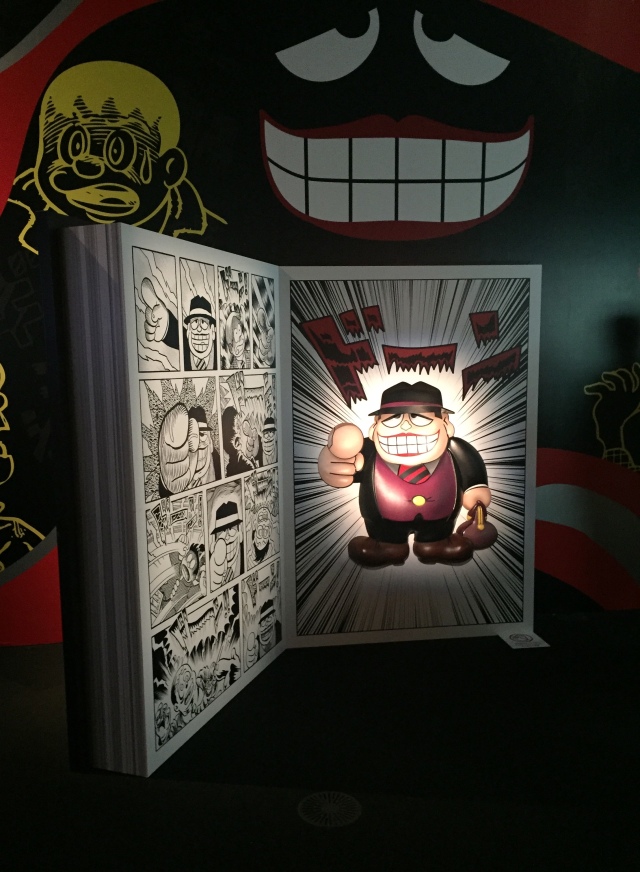 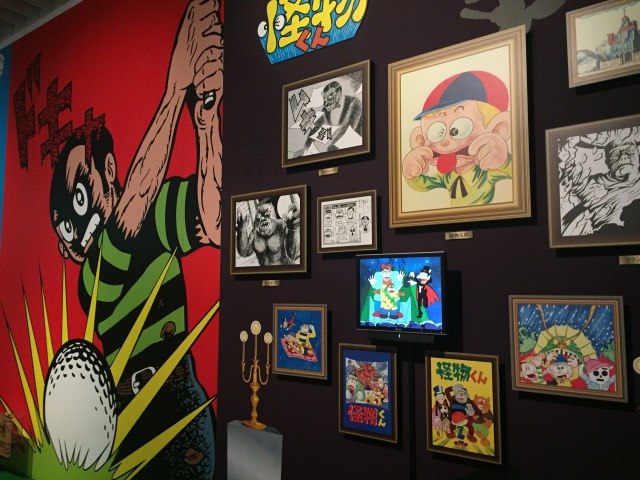 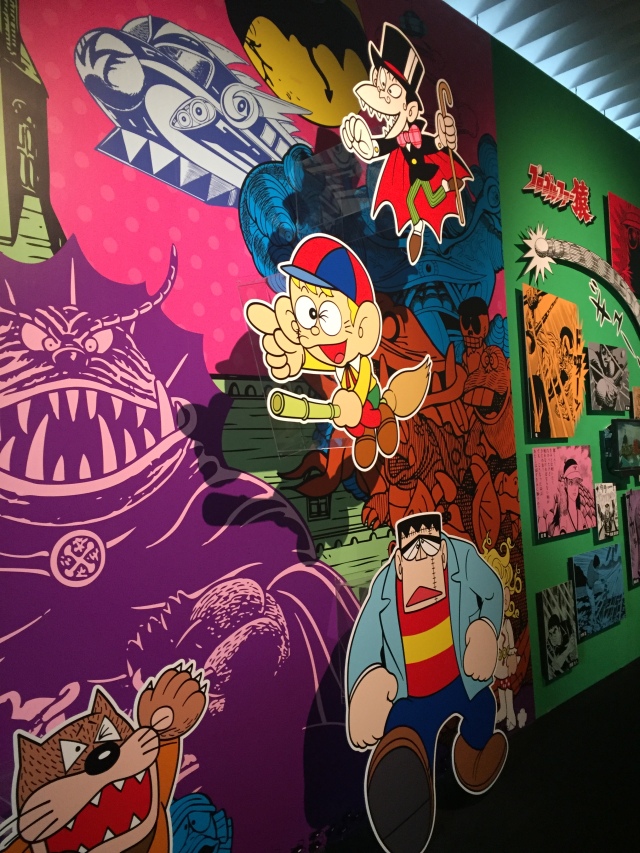 I wandered the Tokyo View floor of the museum, with the exhibits displayed before floor-to-ceiling windows that offered amazing views of Tokyo. On a clear day you can see all the way to Mount Fuji  97 km (about 60 miles) away, but not with today’s hazy skies. 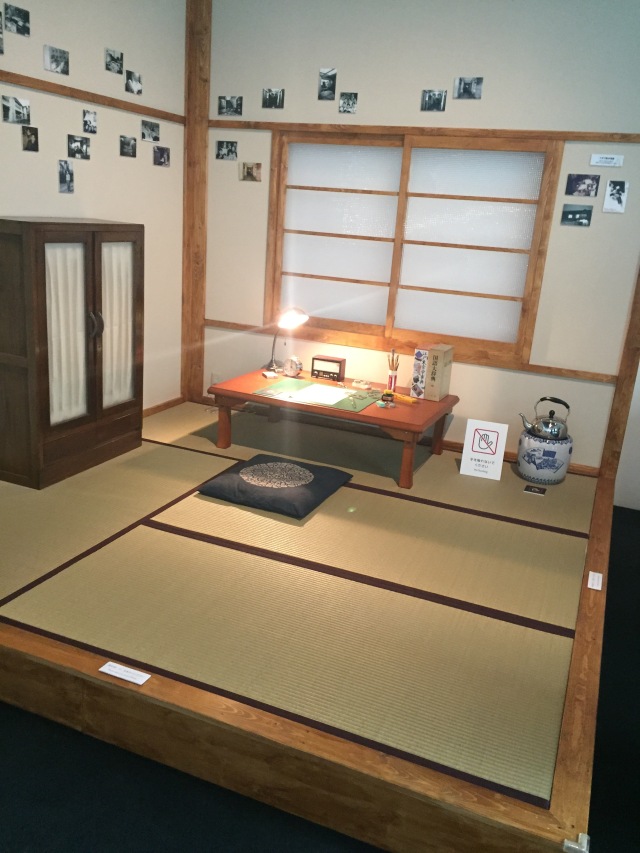 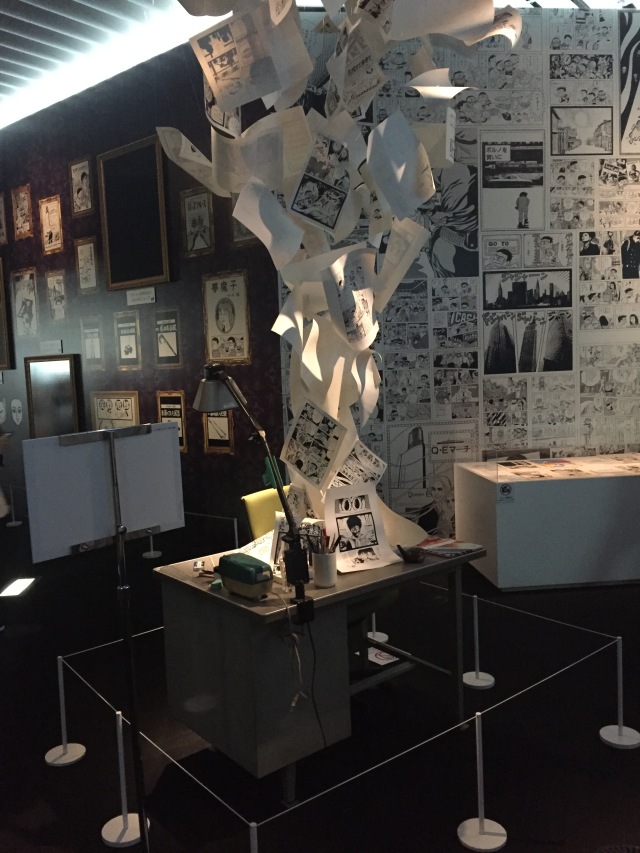 This next artwork proved quite popular with the crowd. What appears as a black canvas in regular light reveals its image with the flash of a smartphone.

Next I headed up to the Catastrophe exhibit. Not surprisingly the exhibit focused on Japan-centered disasters, such as the earthquakes in Kobe (1995) and Sendai (2011). But the exhibit also featured other works, including images of war zones from around the world and 9/11 related art from New York. 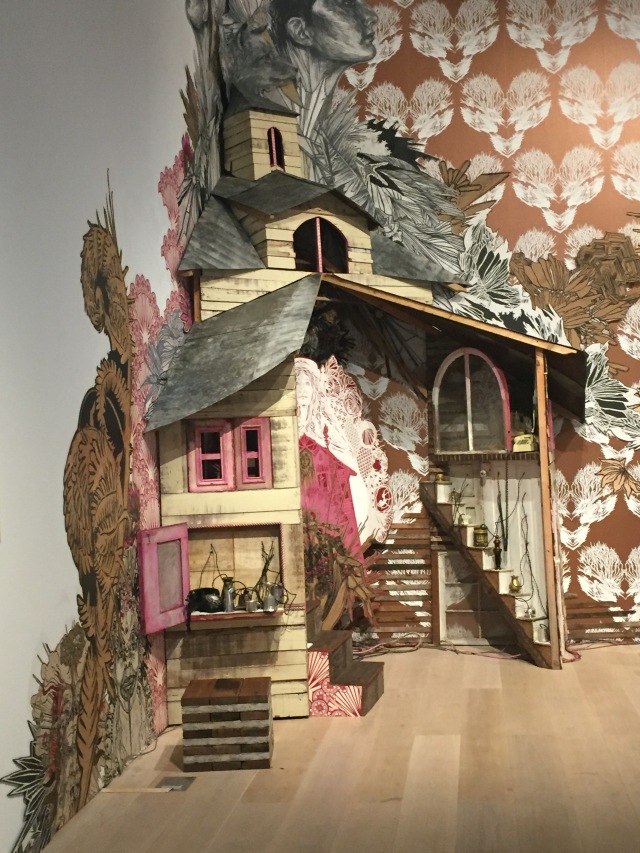 The final room featured a large installation by Yoko Ono. Guests are handed shoe covers and a small tray with smeary Cray-Pas crayons (remember those?), then invited to write on any surface he or she can reach. The most common theme, hands down? Love.

After my dose of culture, it was time to go shopping! I headed for Omotesando, a fancy shopping area in Harajuku. After some obligatory photos in the mirrored entry of Tokyu Plaza….. 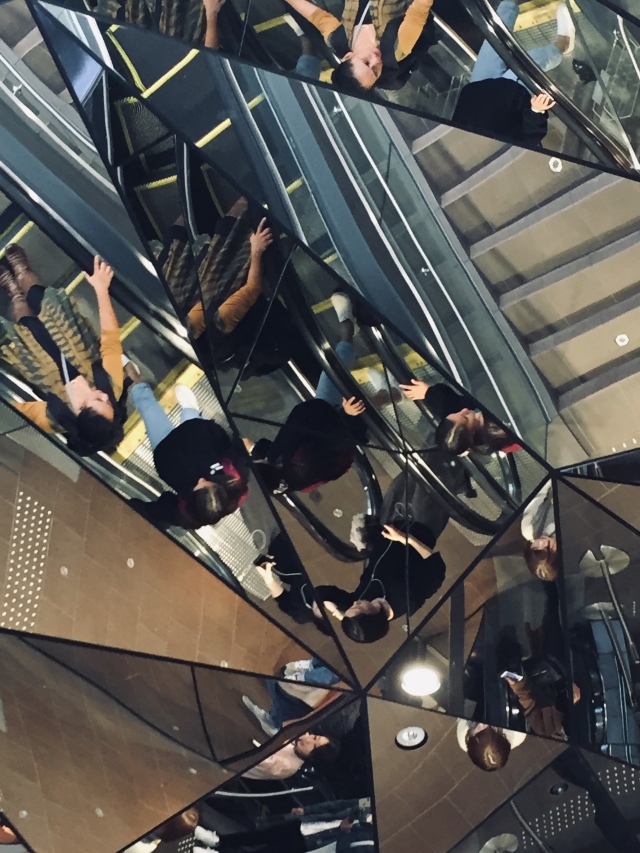 ….I headed straight to the Onitsuka Tiger flagship store. After rockin’ a pair of silver Mexico 66 kicks for over two years, I was dangerously close to actually blowing a hole through the soles. I seriously got my money’s worth! I briefly checked out the fancy/artsy/not-for-sale shoes on display, mulled my viable options, then decided to replace my silver pair with the same thing. I already own another pair of yellow and black Tigers, so sticking with the silver pair seemed wise. 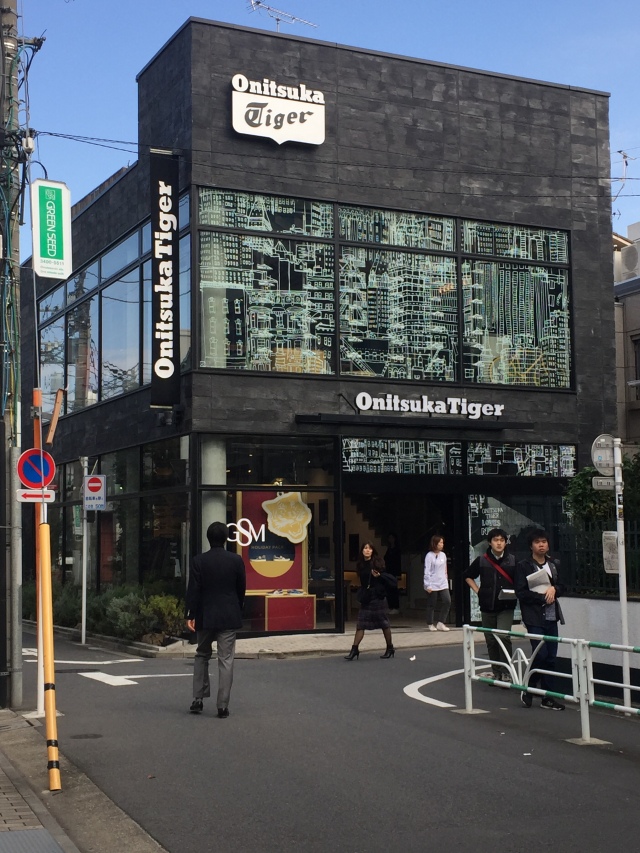 And just like that, four hours flew by! I headed back to pick up Tessa, and we grabbed a quick lunch of soba noodles for her and soba and tempura set lunch for me. Then it was back to Yokohama, only to repeat the drill next Sunday. 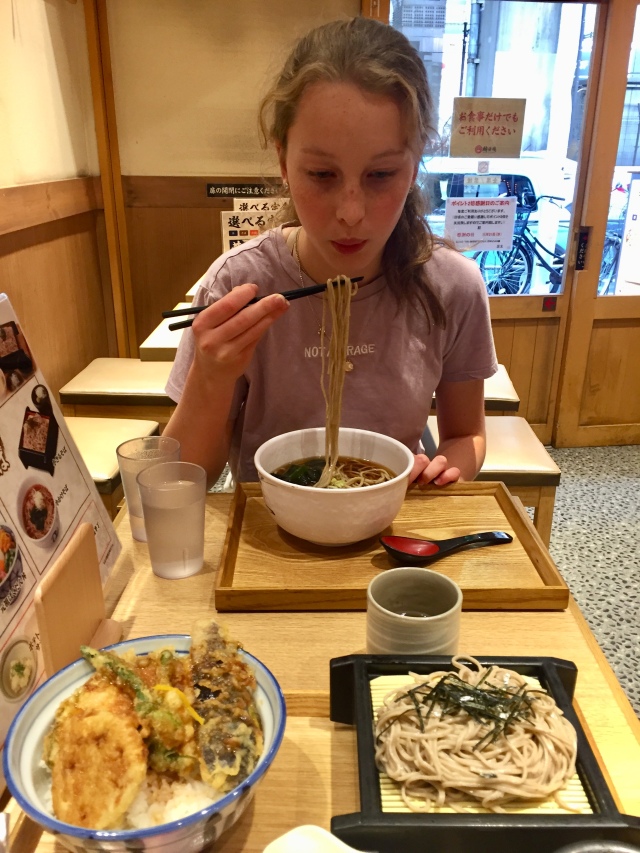 One thought on “Sunday Morning in Tokyo: Museums, Shoe Shopping, and Food”