Today I visited a friend with a rarity, a guest parking spot at her house. She warned me in advance that it’s pretty tight, but I was confident that I could park our Nissan Cube Benji the Orenji pretty much anywhere.

So here’s a photo of Benji parked in said spot. 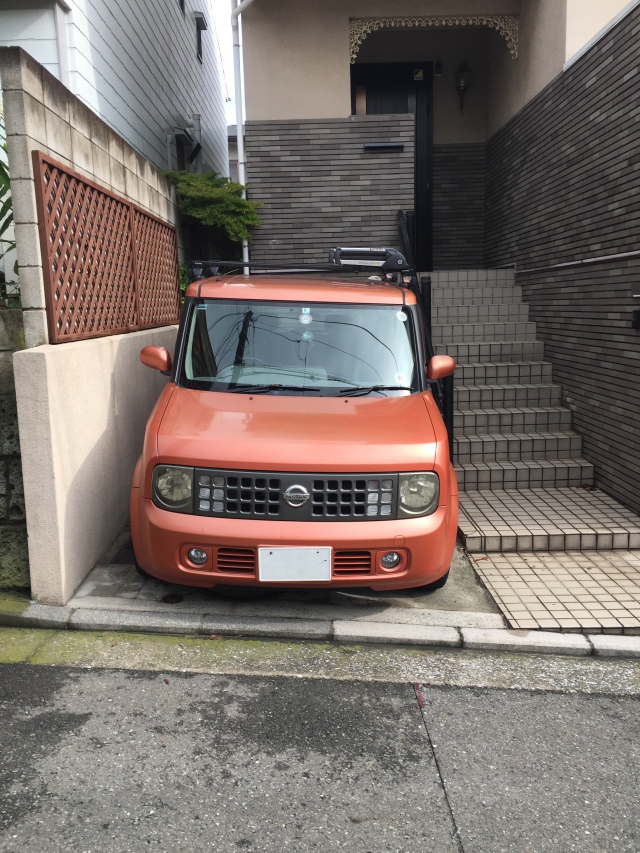 See that black railing between Benji and the stairs? The gap is so narrow that only the front passenger door can open, since it’s in front of the railing. Neither back door can open. Here’s another view of how narrow the gap is. 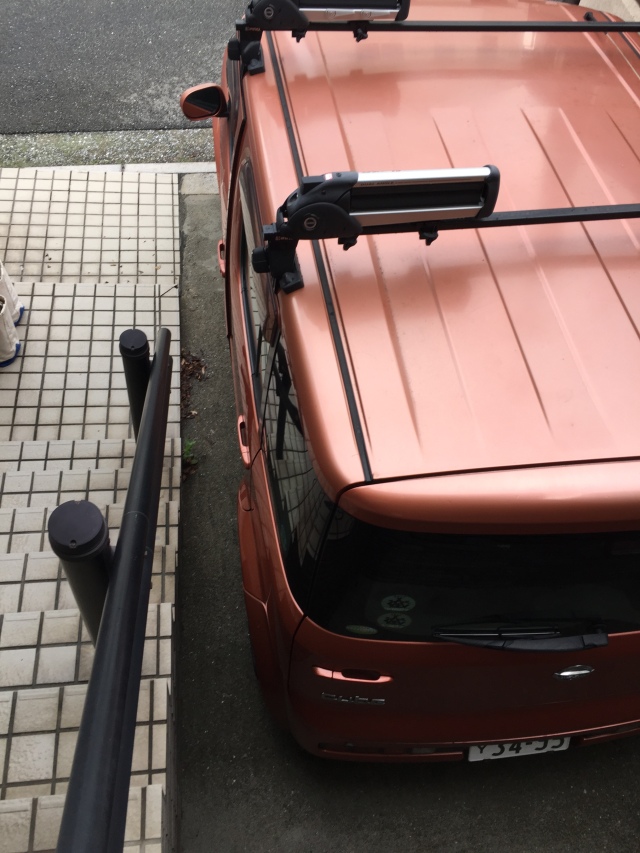 And here’s a view of the tight squeeze between Benji and the wall. 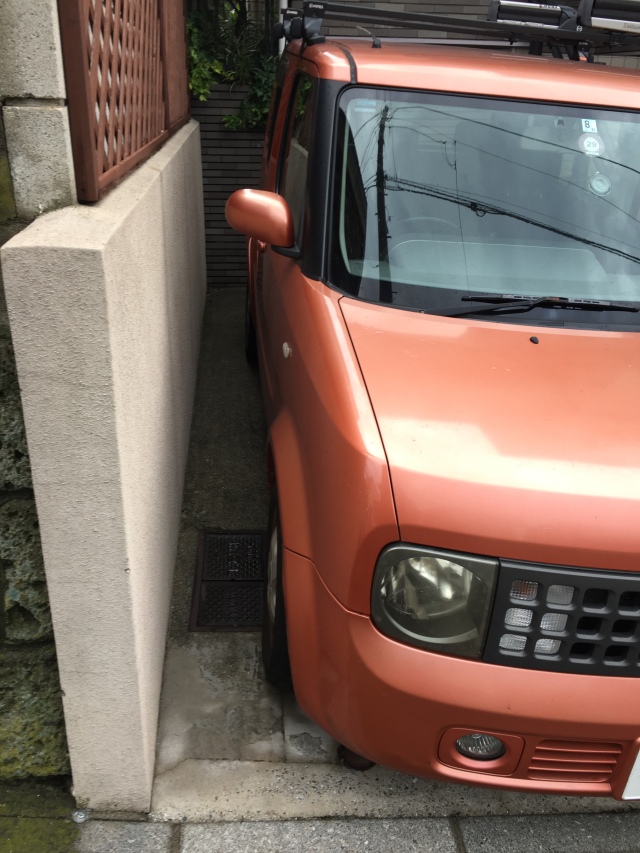 Backing into parking spots is A Thing in Japan, and one that I generally follow. In this case the downside of backing in is that the driver’s door ends up against the wall and can’t open. Thankfully Benji has bench seating in the front, so sliding over to the passenger side to exit the car is annoying but not that terrible.

Backing into this spot proved particularly exciting. See that teeny little curb between the parking spot and the street? Of course you can’t, because it’s roughly 12 millimeters in height. But since Benji’s pizza-sized wheels are only 1 millimeter more than the curb in diameter, it takes more gas than it should at the 0.000004 km per hour at which I’m backing up. So I’m trying to gun it enough to jump the enormous curb without backing into the house. The way the engine protested you’d think that I was trying to back up Mt. Fuji or something.

Also Benji’s backup sensors were going nuts at this point. As I get close to something while in reverse Benji emits a polite beep-beep-beep to get my attention. As I get closer the beep gets louder and faster, as in hey, BEEP-BEEP-BEEP no kidding there’s something back there! When I’m really close, Benji abandons all dignity with a steady, non-stop BEEEEEEEEEEEEEEP. So the whole time I’m reversing at 0.000004 km per hour Benji is losing its mind BEEEEEEEEEEEEPing at me. Did I mention it was 8AM as I tried this maneuver?

I had to unload stuff in the trunk, so backing in didn’t really work for that part. And why don’t I just park nose in, so the driver’s door can open? 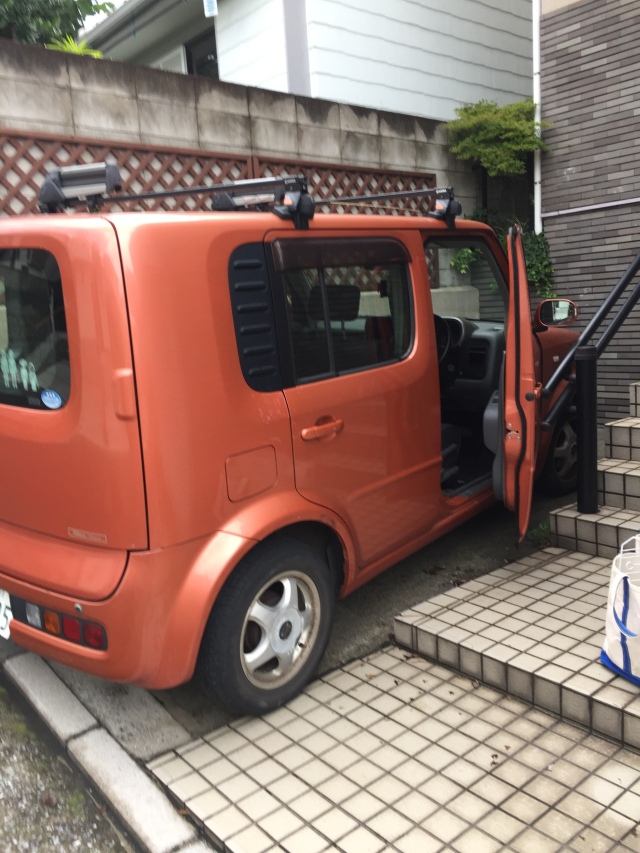 The back of Benji hangs out into the street, so I can only park like this short term to load and unload. If I pulled all the forward I’d have to crawl into the back seat to access the only door that can fully open because of the railing. Instead I sucked it in and squeezed out the door, which was resting against the black railing and opened as wide as it could go.

I can just picture the architect who designed this absurd parking spot/wall/railing combo getting all indignant that someone, you know, actually wants to get out of the car after parking.

Some days Japaning is hard.

One thought on “You Mean You Wanted to Get *Out* of The Car? Or, Adventures in Parking”