This past weekend the boy and I hit road (rails?) for a weekend visit to Osaka. When planning out our stops I leaned toward a visit to Osaka Castle, since we would already, you know, be in Osaka. Also it’s regularly cited as a top castle in Japan. Then I started asking friends for ideas of what to see, and my friend Maria lobbied hard for a stop at Himeji Castle. “Go see Osaka Castle from the outside because it’s lovely but a reproduction. Himeji Castle is original. Go inside.”

So I heeded Maria’s advice and dragged the boy out for yet another train ride to see Himeji Castle. An hour/90 kilometers later, we emerged from the station. My advance research informed me that the castle sits about 20 minutes from the station on foot, and buses run frequently. I found this rather complicated status board entirely in Japan and starting deciphering it, intending to take the bus. 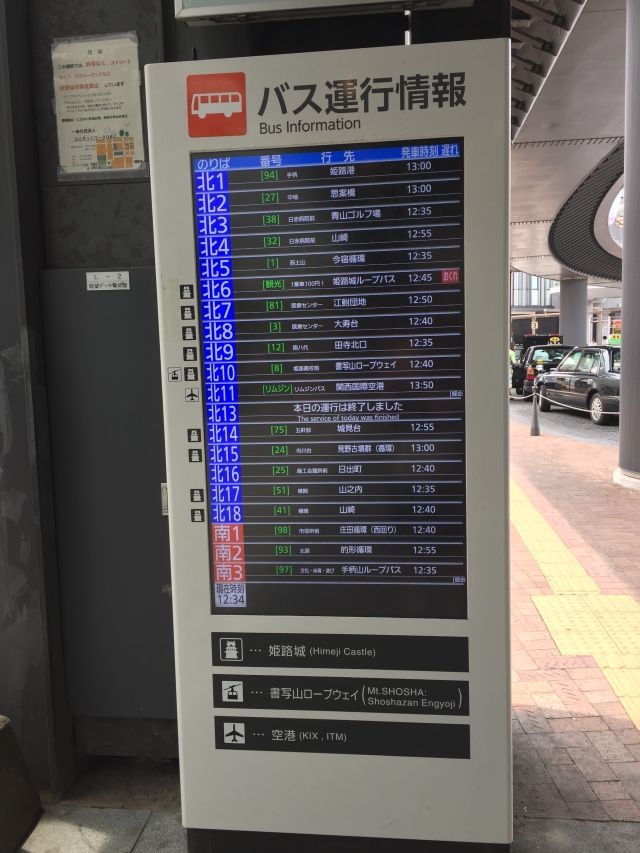 “Cy, should we walk for twenty minutes or try and find the right bus?”.

Problem solved. We took a taxi.

We secured motor transport and I quickly spied Himeji Castle straight ahead. I’ll be honest–I was a little underwhelmed. Surely that’s a side building and not the main keep, I thought. But it was the main keep. Then we got closer, and closer. And kept going. And we still had a ways to go. And the castle got bigger, and bigger. OK then! 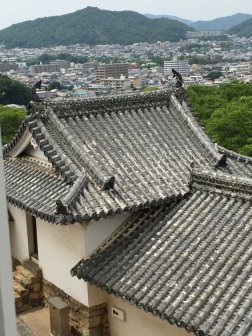 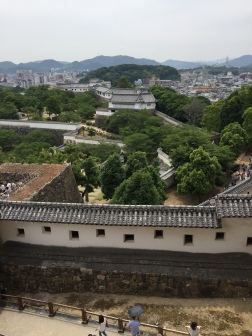 Once we arrived we purchased tickets and received our pamphlets. I noticed the section about a smartphone app and Augmented Reality (AR) experience and immediately downloaded the app.

The last ten years or so, I have been seriously underwhelmed by the use of technology at museums and cultural spots. All too often I have encountered exhibits that use buttons and screens for buttons’ sake with little added benefit. By contrast, Himeji Castle totally nailed the AR thing. It’s not perfect; the app glitched and crashed regularly, but the results are seriously worth it. After scanning the Himeji app, visitors look for and scan signs with the AR logo. The app responds by offering up a video, map overlay, or other value-added content that actually–wait for it–adds value. 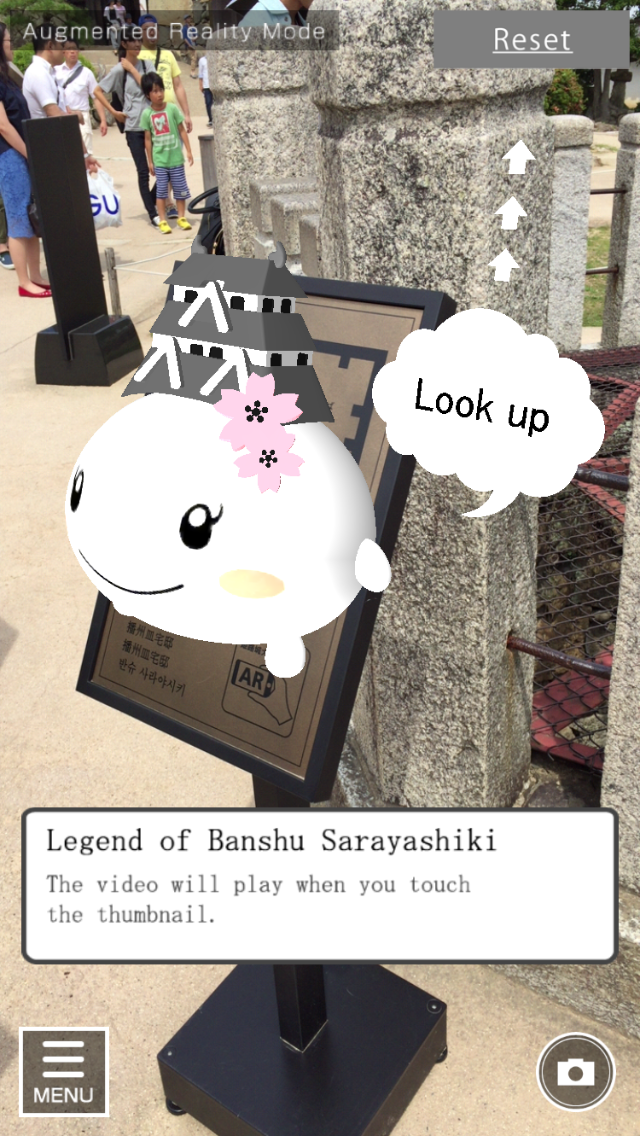 Shortly after entering the first gate, Cy wondered if the cutouts in the walls accommodated defenders wielding guns, arrows, or other weapons. Probably, I responded. Then I spied an AR sign, scanned it, and watched a video with re-enactors in costume shooting rifles through those very openings. A sign or video monitor in that spot could have relayed the same information. But there’s something about scanning across the spot, then raising or lowering your phone as you watch.

Here’s another great one. From the castle’s tower, I scanned a sign and saw two options: an overlay of current points of interest, or a view of the town back in the day. 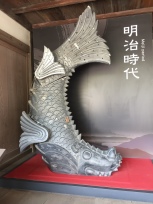 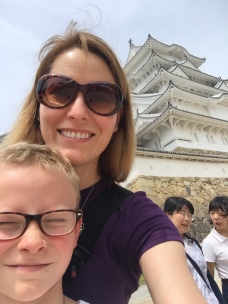 As soon as we left the castle I hoped to return. My mind wandered as I started planning my return visit, and the history that I would read up on before then….when I spied a black-belted, sword flipping warrior putting on a show. Cy and I hurried over to watch and I noticed the drone directly in front of him. So cool! Also contraband, since signs all around the castle declared it a drone-free zone.

See you next time, Himeji Castle!