On weekend mornings, Mark ventures out on long walks with our pup Ruby. Recently he discovered a huge cemetery about 20 minutes away and invited me to join him and Ruby. Because who doesn’t love to visit cemeteries!

I have always found cemeteries fascinating. As a child we lived in the outer suburbs of Chicago, and a small pioneer cemetery called Cady Cemetery was tucked away beside a main road. I remember looking at the dates from the 19th century and imagining settlers and cabins on the same land where suburban houses now sit. In Washington DC we joined our fellow dog-walking denizens of Capitol Hill at Congressional Cemetery.

Here in Yokohama, we have noticed small cemeteries with perhaps ten or fewer graves tucked in between houses scattered throughout the neighborhood. By contrast, Negishi Cemetery holds thousands of graves.

Wooden boards called sotoba stand in racks built into every grave. These boards include the name of the deceased, and mourners place sotoba on graves during the interment and later memorial services. 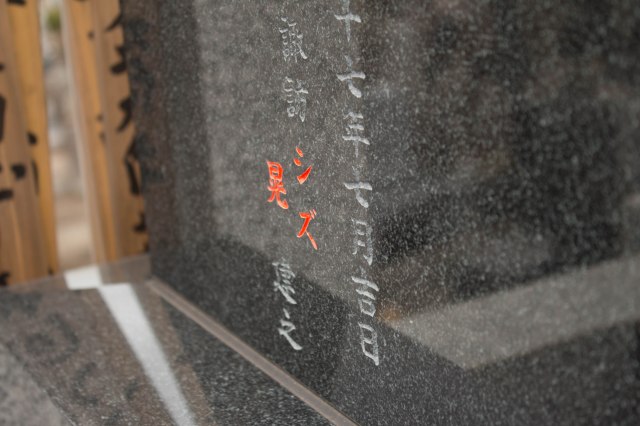 We noticed red lettering on many graves and later learned that these indicate family members who are still alive. For simplicity’s sake all of the grave marker’s engraving is done at once, and the red ink is removed as family members are interred. 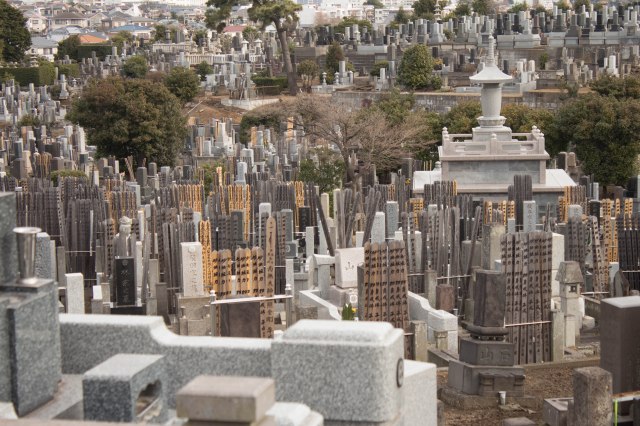 2 thoughts on “A Morning Stroll in the Neighborhood Cemetery”